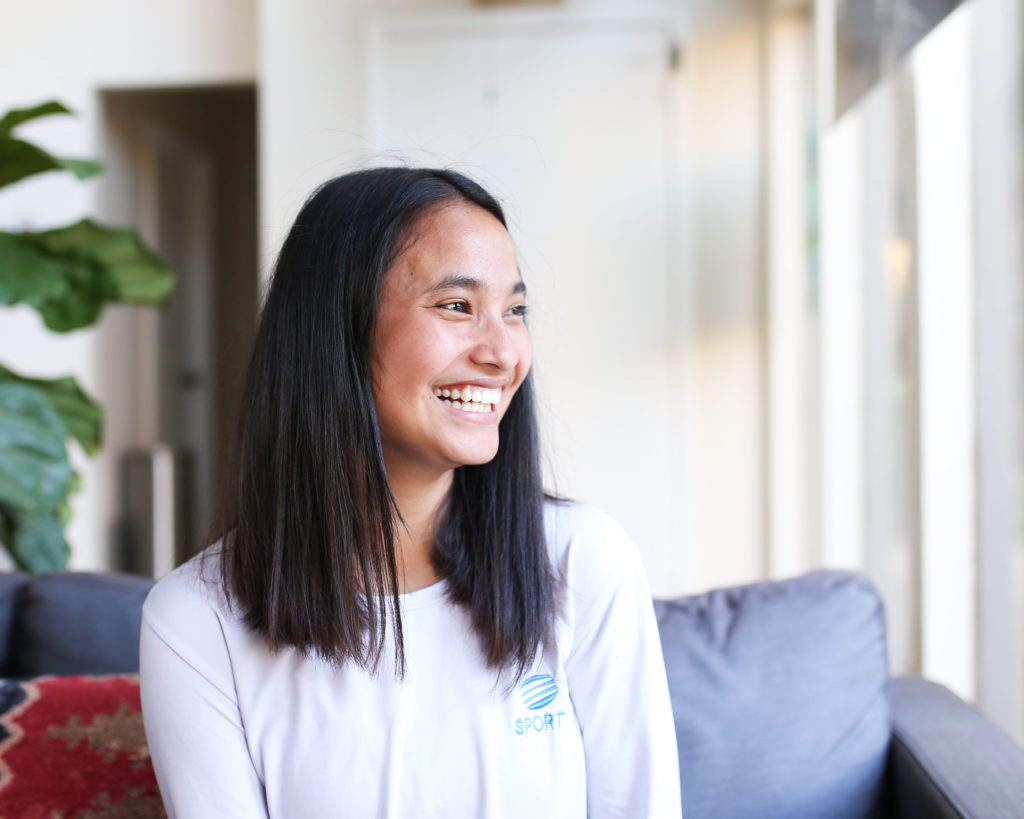 Anita Adhikari grew up in a Nepalese refugee camp without running water or electricity, a thatched roof attempting to keep the rain off her bamboo bed. Her family came from Bhutan, and like many Nepalese-speaking Hindus in Bhutan, they faced persecution from the Bhutanese people.

Anita’s family applied to be resettled, and when they were slated for the United States, Anita knew nothing of her future home. Her only touchstone for the west was a Shakira song celebrating the 2010 World Cup. Assuming everyone in America was white, she remembers being surprised at the diversity she found in the states.

Arriving at the tail end of her sixth grade year, she found the adjustment to school difficult. The schools in the refugee camp were not strong, but did have English materials. But the teachers didn’t understand the books, and Anita spent time memorizing the characters in order to pass the tests, not really understanding how to speak the language.

In a Dallas, Texas middle school, Anita was happy to find other Nepalese speakers at her school, but knew she would never learn English if she stuck with them. She struggled with the schoolwork, and sat in class not understanding a word the teacher said for months. This was tough for Anita, who was always an excellent student in Nepal. “I couldn’t believe I was failing,” she says.

She remembers trying her best to speak and getting made fun of by other students in her early days. Once a girl made fun of her, hurting her self-esteem, and she was afraid to talk to anyone other than Nepalese speakers until eighth grade.

Slowly, she began to learn the language, and connected with her math teachers, in whose class she excelled. She spent her evenings watching English vocabulary Youtube videos, cartoons and movies with subtitles, and the language began to come to her as every other subject always had.

School wasn’t the only big adjustment to life in America. She had to get used to electricity, laundry machines, ovens, refrigerators and indoor plumbing, which were all new to her. She was used to spending all her time outside and seeing everyone else do the same, but noticed how everyone stayed inside here.

She had to conserve kerosene in the lamps in Nepal, her brother unable to study at night because they would need the gas the next day to see inside. But she began to take full advantage of the resources in her new home. “I was like ‘Wow, am I in heaven?’ ” Anita thought.

She joined a college awareness program that took her on college visits, taught about careers and helped her gain the confidence she needed to excel in school. She practiced interviewing and public speaking, joining the cross country and soccer teams in once she reached high school.

Today, Anita is enrolled in Richland Collegiate High School, where as a junior she attends a local community college full time, going to school with college-aged students and adults. She will graduate from high school with an associate’s degree as well, which will help her achieve her goal of becoming a physical therapist. Her classes have moved her to care about issues like modern day slavery, which she wants to fight, as she gets older.

Anita knows her path won’t be easy, but her work ethic and perseverance give her the tools to make the most of her opportunity. She knows that people and circumstances will stand in her way, but isn’t fazed. “There is going to be bad people everywhere,” she says. “Just deal with them.”