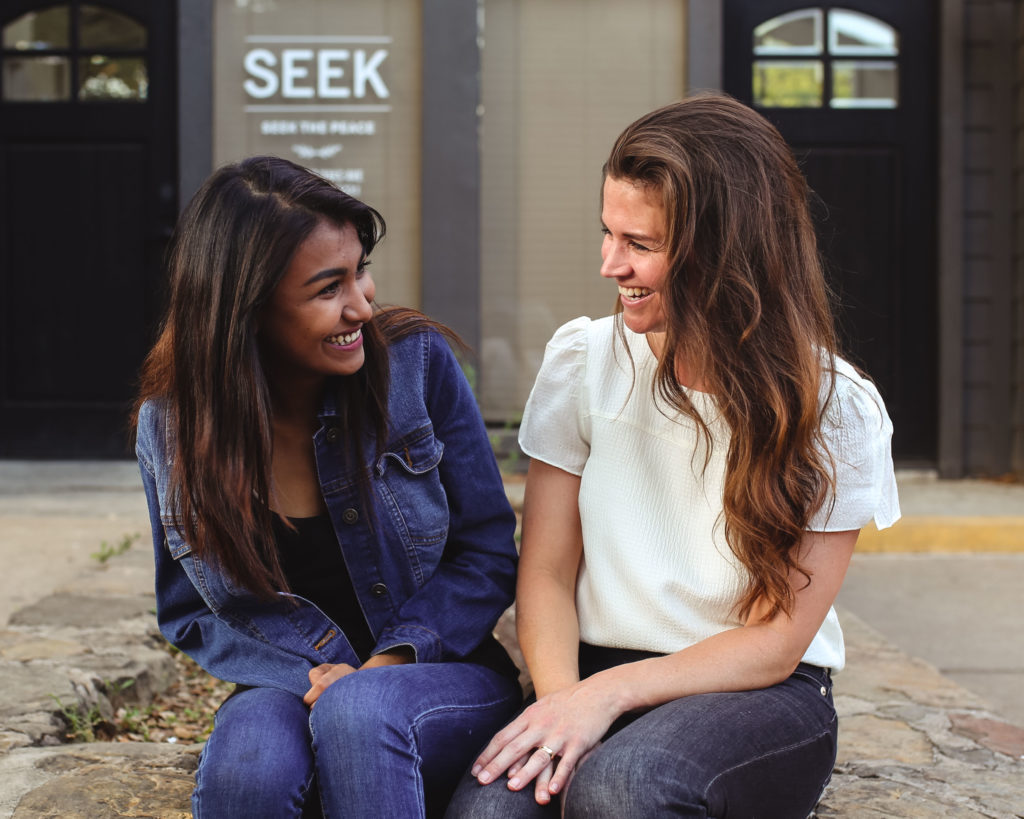 Haley Thomas’ heart was stirred for the plight of refugees on a mission trip to Jordan in her early 20s, working with Palestinian refugees. Eventually settling in Dallas, Texas, she realized that the she could serve with refugee communities right in her own back yard.

Haley’s time with Rabia extends beyond the Shine meetings, and a true friendship developed between the two women. For many refugee women, they come from cultures that limit opportunities for women outside of the home, and Shine helps women make the choice for themselves about what they want to do with their life.

“It’s important to establish a good sense of self worth. If you don’t have that, it is really hard to make it in the world,” Haley says. “Women aren’t valued to contribute in more ways and are held back from dreams that they may have.”

Despite generalizations about refugee culture, Haley says most families are supportive of Shine, whose unique curriculum fills a gap in the teens’ development. While there are plenty of organizations and opportunities for the girls to get academic help, learning what it means to be confident woman is rare.

“When I was a teenager, I was combating a lot of insecurities,” Haley says. “But they are fighting what I was fighting plus learning a new language, supporting their families and helping their parents communicate. The pressures they deal with are so much more than I ever had to.”

Haley helped Rabia get a prescription for glasses and a driver’s license, and has helped guide her into and through her first year of college, where she is studying to become a nurse. But while having a relationship with an American can be advantageous for refugees, Haley thinks she has benefitted even more from the friendship.

She started volunteering with Shine because she wanted to make a difference and follow her faith’s call to love others, but Haley has learned about resiliency from Rabia, and been inspired to be a better mother through volunteering. “The world has gotten bigger from me walking out of my comfort zone,” Haley says.

The mother of two daughters, Haleyknows her friendship with Rabia has given her daughters a chance to enter the world of another culture. “It is so important that my girls see other human beings as people, no matter where they are from.”