Why do people come to the border to seek asylum rather than waiting in their country? - We Welcome Refugees 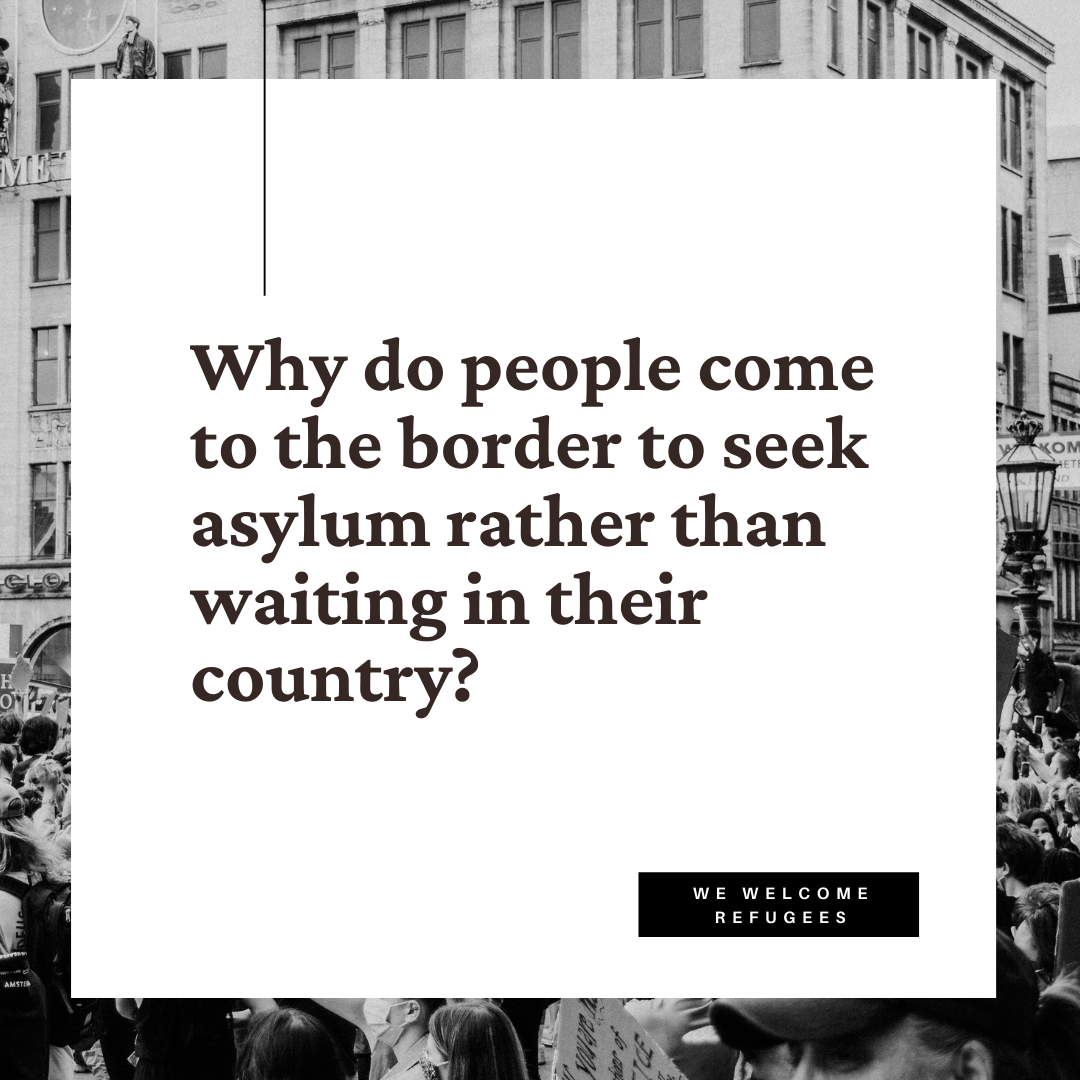 It’s not possible to seek asylum from your home country. According to U.S. law, you must be physically present in the United States or at a port of entry to apply for asylum.

There are many reasons why people seek asylum, including violence, government corruption and religious persecution. Refugees and asylum seekers meet the same definitions according to the persecution that they face but are processed through different methods. Asylum seekers ask for asylum upon or after arriving, while refugees have already applied and been approved by an agency such as UNHCR before being resettled to a safe third country, such as the United States.

Asylum seekers must prove their case either to a trained USCIS officer or an immigration judge, and the bar for winning an asylum case is very high. They must prove that they have experienced persecution or that they have a “well-founded fear” of being persecuted if returned to their home country. Most asylum seekers will not ultimately be granted asylum. Over 70% of asylum cases were denied during fiscal year 2020.